Homeschoolers don’t always have big budgets, which means you don’t have a fortune to spend on automobiles. So what should you do when you need a car? Get a used one! Our family has gone through this exercise several times in the last couple of years, so we have a pretty good idea of what to look for when buying used cars for teens.

The cheapest cars will be the basic bare-bones models, and although they won’t have all the latest features like Bluetooth connectivity and backup cameras, they have everything that you need for getting around. When buying used cars for teens, don’t skimp when it comes to safety features like airbags and electronic stability control—the most effective safety advance in cars since the seat belt. In general, sedans offer more stability than SUVs due to the latter’s high center of gravity.

The insurance on older cars will be significantly less expensive than on newer models, which is an added plus when budgeting for used cars for teens. Steer away from vehicles over ten years old, though, unless you have a mechanic in the family, because the maintenance costs can become prohibitive. In most cases, lower mileage is a plus when buying an older vehicle, although Toyotas are so reliable that they can easily give you up to 200,000 worry-free miles.

Here we’ve compiled a list of ten cars that you can buy today for less than $10,000. We’ve included a few vehicles from every segment, from sedans to SUVs and even a pickup truck—so a little something for everyone no matter what you’re looking for in used cars for teens.

RAV4 stands for “Recreational Activity Vehicle: 4-wheel drive.” The first compact crossover SUV, this is our favorite little SUV. It’s cute and fun to drive, with good maneuverability and excellent fuel economy. It has a roomy interior with plenty of legroom and generous cargo space for its size. There is even a hidden storage compartment under the trunk cover and extra storage cubbies up front. The side-opening tailgate with a spare tire mounted on the outside gives it a unique look. Available in both 2WD and 4WD, the RAV4 is robust and lightweight, which is an ideal combo for off-roading. Its 4WD system is relatively trouble-free compared to issues with the 4WD transfer case in other brands. Stick with the V4 engine, as our trusted mechanic told us to avoid the V6. We loved our 2012 Toyota RAV4; it even had Bluetooth hands-free cellphone capability built into the base model, which was really nice. Toyota has a trusted reputation for selling long-lasting, reliable cars. Our RAV4 had 120,000 miles at the time we purchased it last year, and we experienced no mechanical issues whatsoever the whole time we owned it. But we only got to enjoy it for ten months before an inattentive driver rammed us from behind and totalled it! Another good reason not to sink a lot of money into a car. We were so sad to have to get rid of our RAV4. We recommend it highly to anyone with a budget of around $10,000. 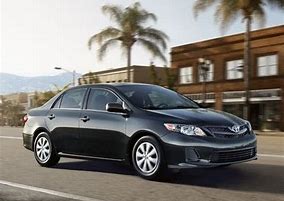 One of the longest-running nameplates on the market, the Toyota Corolla has earned its reputation for quality, low-cost operation, and affordability many times over. The Corolla 4-door sedan is a practical, reliable car, and even the base-level CE has all the features you need. This car can rack up 200,000 miles no problem, as we know from experience. There are plenty of 2003-2008 models available for under $10,000 today. The 2009 and later models had their safety features boosted; all newer models now have anti-lock brakes with brake assist as standard equipment.

Similar to the Toyota Corolla, the Honda Civic has a sterling reputation for quality, affordability, low operating costs, and trouble-free operation. The Honda Civic is offered as a sedan, a coupe, and a hatchback, all of which are easy to find under $10,000. Think reliability, gas mileage, and mechanical simplicity. There is the base-level DX, as well as the EX models which have more features. One word of caution: the Civic has a timing belt, and many are nearing the age when it must be changed. Doing so can be costly, so factor that into your purchase price.

Like the Toyota Corolla and the Honda Civic, the Hyundai Sonata is a great first car for young drivers. Even though ours is 20 years old now, it’s still getting us around with no problems. It was the first car used by each new driver in our household, and it always ends up being the backup car when others break down. Starting at around $5,000, the Sonata is a good basic car that will give you a comfortable ride and decent gas mileage. 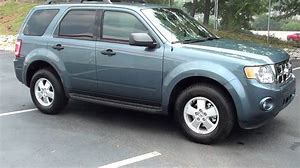 Few used SUVs are better all-around purchases than the Ford Escape. Find one that’s been well-maintained and hasn’t been driven too many miles, and you’ll get a sturdy, reliable SUV with a long list of standard equipment for only around $10,000 or less. Starting in 2013, the Ford Escape is a whole different vehicle. The boxy truck-like shape was replaced by a modern compact design that looks more like the Toyota RAV4. 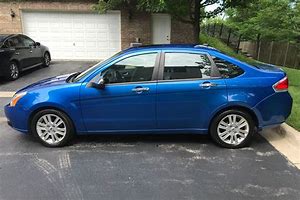 For a compact car, the fun-to-drive Focus has more room inside than you would expect from looking at the outside. Sure the interior is a little cheap-feeling, but that won’t matter much to teens who just want to have their own car. The price can’t be beat, either, with models starting at $6,000.

One of the sportier mid-sized sedans on the market, the Mazda6 is fuel-efficient, reliable, and a blast to drive with its responsive handling and compact size. A long seat cushion and telescoping steering wheel make the Mazda6 a perfect fit for tall teens. You can probably find a good one for around $8,000. 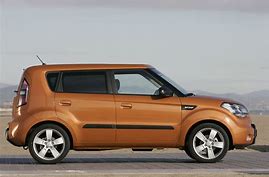 The Soul has a distinctive boxy appearance, which you may or may not like. Besides not looking much like anything else out there, the Soul offers the utility of a hatchback and the efficiency of a 4-cylinder economy car. While it doesn’t look very aerodynamic, this car has impressive gas mileage and plenty of safety features. You can get a lot of Soul for $8,000.

The Chevy Malibu is a solid, comfortable car for both parents and teens. There’s plenty of elbow room, and the seats are well-padded. The pedals and steering wheel adjust for reach, and the straightforward controls are a big help for new drivers. Its road handling is responsive, and the gas mileage is respectable. You should be able to find a good deal on a Malibu starting at around $8,000. 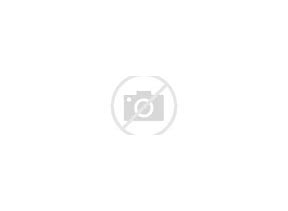 The Ranger pickup truck has long been a staple in the Ford lineup. While it isn’t big on features, the Ranger is an exceptionally simple vehicle, making it durable and cheap to maintain. Since Ford built tons of Rangers over the years, parts availability won’t be an issue, especially given how little the vehicle has changed over the years. The open bed of a pickup allows for more flexibility than an SUV when hauling cargo. The Ranger is a good little light duty truck as long as you can make use of the open cargo space and won’t need room for more than two people. There are lots of used Rangers for around $10,000 or less, so it won’t be hard to find one.

So there you have it – our list of ten used cars for teens, each available for less than $10,000. Before we go, we want to give you a few added tips to help you make a decision on one of these cars.

The first thing to do with any vehicle is go online to research the history and complaints of the specific model and year. Check to see if there are repetitive problems, such as serious (and expensive) issues with the transmission, power steering, electrical system, or engine. Replacing the engine’s timing chain, for example, can cost $2,000 to $3,000.

Secondly, while you can find used cars for sale on street corners and Craigslist, you may want the peace of mind buying one from a reputable dealer. The price will be a little higher, but they will have thoroughly checked out the car, washed it, and they may even offer a limited warranty. The internet makes it easy to shop around and compare deals.

Third, knowing a particular car’s history is important. Search for used cars on CarFax.com or ask the dealer to show you the CarFax that lists the repairs, maintenance, and accidents (hopefully there won’t be any) associated with that vehicle’s VIN number. You can also see how many previous owners there were and possibly get a clue as to whether it was a car driven by a little old lady, a corporate fleet vehicle, or a former rental car.

Fourth, mileage certainly matters in assessing a used car, and roughly 12,000 miles per year is considered normal. But good mileage for a used car will depend mostly on how it’s been driven and how well it’s been maintained. A well-kept, 8-year-old vehicle with 100,000 highway miles on it can actually have more life left in it than an abused or neglected 4-year-old vehicle with 50,000 miles.

Finally, consider what car colors are the best. If you can find a car you like for under $10,000 that was lightly used and well-maintained, you’re in luck!

Did you buy a used car? Tell us which car you bought and why by leaving a comment below.