Meredith Keeley was born in Birmingham, Alabama. When she was seven, she moved with her family to Charlotte, North Carolina. Meredith had always loved animals and as she grew up, she dreamed of being a veterinarian. She even became a certified nursing assistant, although she ultimately concluded that a hospital setting was not where she wanted to end up.

When Meredith was a sophomore at Queens University of Charlotte, she applied for a summer abroad program. Undergraduate students have the option to study abroad for a semester or a year, partake in a language immersion program, complete an international internship, or go on a pre-approved independent study trip.

While other undergraduates returned to their hometowns for the summer, Meredith traveled to Costa Rica. Even though this was her first solo voyage abroad, Meredith had been to Costa Rica before with her family, so she said it felt normal to go back.

Meredith spent her school break interning at an animal sanctuary tending to wounded and abandoned sloths. Working among the creatures in the midst of the rainforest, she said something clicked.

“I was captivated,” said Meredith. “Being in Costa Rica was a breakthrough and starting there on, I was a different person altogether.” Moreover, she added, “I made friendships that I will cherish for a lifetime.”

Meredith recalled that her entry-level position at the sloth sanctuary was the first time her interests in science, her curiosity about the world, and her enthusiasm for animals came together. “This experience is the thing that helped me move from a more veterinary concentration to a research focus,” she said. From that point forward, Meredith set out to continue her travels while in college and had no plans of stopping.

“Travel transports you to another world and has the power to transform,” she explained. “Travel allows you to overcome your fears, get out of your comfort zone, and break free from the mold of society. When you return home, you will have a new point of view on life that will forever change the ways you see the world,” Meredith emphasized.

Promptly after returning home from Costa Rica, Meredith began arranging her next trek to Turkey and Greece, where she traveled that winter. She spent her spring semester in Malaysia, while she additionally went to Singapore, Thailand, Indonesia, and Cambodia.

Meredith documented her travels primarily with photos, though she kept a blog for part of the time. Photography, she said, had always been one of her main hobbies, and photos took the place of expensive and space-consuming souvenirs.

During her student travels Meredith went scuba diving to a World War II shipwreck in Bali, worked with elephants at a Nature Park in Chiang Mai, Thailand, and flew a gyrocopter in Cesme, Turkey. She has also been to China, Australia, and Guatemala for different positions, to experience more diverse species and environments.

“I wanted to make traveling a priority in my life, so I did everything I could to make it happen,” said Meredith. “I have not gone more than five months without being abroad. And I hope that’s how it will be for the rest of my life. Travel reaffirms the fact that life really is all about the journey, there really isn’t a destination.”

When it came to the practical matter of choosing her field of studies, however, “I was at a loss. I had no clue what I wanted to do,” Meredith admitted. “I loved science but my whole life I had been told that if you like science, you become a doctor or an engineer. Those didn’t quite fit with me.”

Meredith credits two of her teachers, Dr. Carrie DeJaco and Dr. Jeffrey Thomas, for persuading her to leave the applied sciences aside and investigate another course — scholarly field research.

With three years of school left, Meredith realized that she actually wanted to focus her energy on studying animals and their behavioral ecology. She decided on her next steps with the assistance of Thomas’ and DeJaco’s classes and support.

Meredith spent most of the next semester in Madagascar, living in a rustic town in the remote high-rise rainforest of Ankadivory, observing lemurs. This 10-week outing was her longest time abroad living in one place since she began school, and she said it was also the most difficult. There was limited mobile phone access, no technology, and no first world amenities.

Rice and beans were served for each dinner — except for the once-a-week pasta and sardines. She had to bathe in a bone-chilling stream and utilize a large hole in the ground as a latrine. The wake-up time was 4:15 a.m., followed by hours of trekking around the rainforest to find creatures. Hardships and all, Meredith said that it was the scientific and cultural experience she always wanted.

In spite of spending most of the previous four years abroad, Meredith still graduated on time in May 2014. She studied for seven semesters in the U.S., with one semester in Malaysia. Many of her travels were weaved into her calendar amid school breaks.

“Pretty much anytime I was not taking classes in the U.S., I was abroad,” said Meredith. “As with anything in life, if you make it a priority, you can make it happen.”

Nonetheless, travel is not cheap and takes up a considerable amount of time, so Meredith needed to do all that she could to prepare. For a few semesters, she said that she took 18 credit hours, worked 30 hours every week, and worked two part-time internships. To finance her traveling, Meredith babysat and tutored children, gave tennis lessons, worked as a guide, and did various other small jobs.

All of her hard work paid off. “Studying abroad helped me gain my research positions in Madagascar and South Africa,” said Meredith. “It not only provides you with a once-in-a-lifetime experience, but it is also marketable to potential employers.”

Meredith received her B.S. in Biological Sciences from Queens University of Charlotte in 2014. After graduating, Meredith worked as a research assistant at Lajuma Research Centre in South Africa’s Soutpansberg Mountains where she spent six months with the Primate and Predator Project studying predator-prey and human-wildlife interactions.

In addition to animal behavioral research, Meredith is passionate about education and being able to effectively communicate science to the public. After her time studying primates in Africa, Meredith taught high school honors science classes for one year at Grace Academy, a private Christian school in Matthews, North Carolina.

Meredith joined the Moore Lab at Virginia Tech in the fall of 2016 as a PhD student with an interest in investigating the impacts of environmental stressors on lemurs. She was awarded a grant to spend four months in northern Madagascar studying endangered crowned lemurs.

On May 14, 2017, Meredith married Brandon Semel, a fellow PhD student and lemur primatologist. The couple first met on a previous research expedition in Madagascar, so it would seem that their life together is destined to be an adventure. 🙂 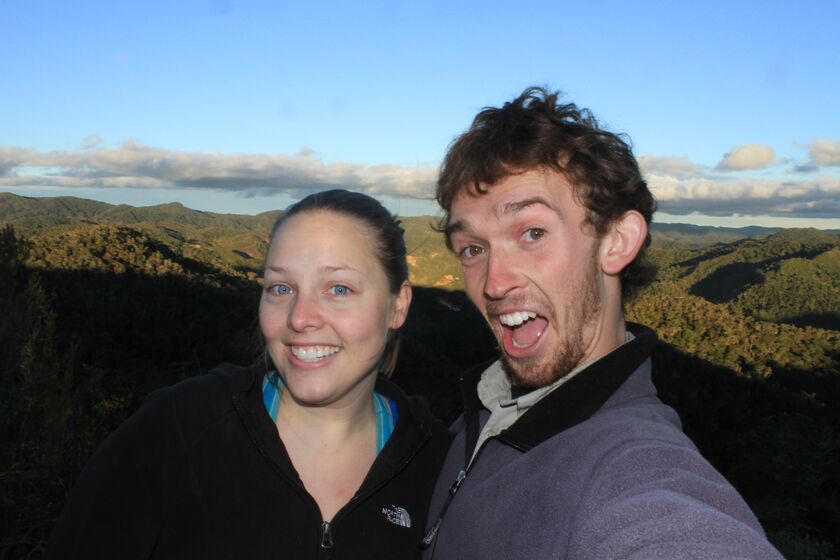 Author Bio: Jessica is a professional writer and a travel enthusiast who loves to pen down travelling experiences of her own and other travelling enthusiasts.