Melinda Gates [wife of Microsoft founder Bill Gates] means well. She wants African women to use contraceptives. She is reaching out to poor African women, and her idea sounds helpful till you consider how Africa’s drinking water, often lacking modern treatment facilities, is negatively affected by the estrogen contamination that accompanies widespread contraceptive use (Njemanze). So, although Gates has promoted contraceptives with the slogan “No Controversy,” handing out contraceptives to African women is anything but noncontroversial.

Birth control pills contain estrogen, which controls a woman’s level of ovulation.   Adding hormones to her body makes her body think it’s already pregnant. Estrogen coming from birth control pills increases the normal hormone levels in a woman’s body in order to prevent a baby from implanting in her uterus. Estrogen does not break down in a woman’s digestive system. When women excrete the medicine, the urine goes into rivers. So, even if a community has a collection for unused medicine, such pharmaceuticals still pose a hazard to drinking water. The water purification systems, even in this country, currently do not remove estrogen or are too expensive (Dery “Troubled” 5).

Westernized countries with a history of contraceptive use are reporting contaminated water and odd changes in fish populations.  “A recent report from the U.S. Geological Survey confirms past findings that fish are in trouble. They’re turning up with lesions and intersexed, meaning they have both male and female characteristics. WBHM’s Tanya Ott talked with University of Alabama at Birmingham fish biologist Rob Angus about the problem and what it means for humans.”  “Fish are in Trouble.”  Wbhm.org  8 Dec. 2009 http://www.wbhm.org/News/2009/fishestrogen.html

This is a concern because even in trace amounts, the chemical hormone can disrupt the normal development or functioning of a species. When normal fish take in the hormones, it feminizes male fish (Hagerman). The hormonal imbalance produces reproductive changes such that the male fish exhibit female reproductive characteristics. So, the artificial hormone mimics, interferes with or blocks the normal development of the male fish. Eventually, the fish can no longer reproduce (Kidd).

Admittedly, not all Endocrine Disruptors or EDCs are from contraceptives. Agricultural use of pesticides as well as widespread use of plastic containers and other plastic uses contribute a heavy dose of additional estrogen contamination. The point is that while society cares deeply about certain harmful chemicals passing into the food chain, birth control chemicals— just as harmful — have continued to be prescribed by doctors and health professionals and promoted by women like Melinda Gates. In particular, Melinda Gates has gained notoriety for her comment that pushing contraception poses “no controversy.”

The controversy is that companies who sell contraceptives and abortion are backing her efforts to promote contraception in a Third World country. The video above notes the bias of Melinda Gates, who partners with the biggest abortion providers in the world, including Planned Parenthood and Marie Stopes. Melinda Gates is not a neutral benefactor, in other words, and because these groups have been associated with population control efforts, there is reason to question their initiatives (Peters, Oas).

Controversy means there is disagreement over what should be done and how. In the case of poverty in Africa, there are many good ideas, such as improving water and sanitation, building better medical facilities, and contributing to educational efforts. Such efforts are far less intrusive on African families, values, and cultures and do not pressure Africans to use contraception. Africans live in extended family relationships, for instance, and do not regard the bearing of children as exclusively a woman’s choice. Birth control does nothing to help families, reduce the spread of HIV infection, or enable women to gain education or jobs.

Moreover, contraceptive drugs are rated with asbestos and radium as Group I carcinogens by the World Health Organization (Gilbert). Therefore, promoting contraceptives pits reproductive rights and privacy groups against doctors and environmentalists (“Birth Control”). How to address the many needs in Africa is the subject of debate, and it is actually extremely controversial to assume that limiting the population through birth control is a valid way to solve poverty. The controversy surrounding Melinda Gates has been visually epitomized by a popular poster or meme that has circulated on Facebook:

There is also controversy surrounding the disposal of contraceptive drugs, especially the effects contraceptives are having on the environment as well as health effects in humans. Obianuju Ekeocha, a biomedical scientist from Nigeria, has commented:  “In Africa, be rest assured that both in the biggest cities and smaller rural villages, sewage constitutes a real problem. So as $4.6 billion worth of drugs, IUDs and condoms get used, they will need safe disposal. Can someone please show us how and where will that be? On our farm lands where we get all our food?  In our streams and rivers from whence comes our drinking water?” (Ekeocha). Where there is a health cancer or environmental risk, there is always concern and, yes, controversy.

The contraceptive pill has clearly been linked to increased incidence of breast cancer in women (Gilbert). Professor Paul Fowler, a researcher at University of Aberdeen said “It’s notable that incidences of breast and testicular cancer and of fertility problems in humans are increasing, while populations of animal groups as diverse as amphibians and honey bees are in decline.” (qtd. in “Scientists”).

Others think this is an overblown concern. In a pro-birth control article in Contraception Journal, the authors argue that the amount of estrogen found in water is too small to matter (Moore et al). The problem is that a lot of women are taking birth control pills, over 100 million women worldwide (White). Moreover, the scientists who are concerned about estrogen contamination acknowledge that even in trace amounts, estrogen pollutants are hazardous.

Estrogen contamination even in tiny amounts represents a grave threat, and it is striking that researchers report that fertility and gender concerns appear to be on the rise.  Scientists have increasingly noted strange anomalies: “Girls are experiencing puberty at unnatural ages, women are having trouble bearing children and research has shown an increase in the percentage of females among newborn children. Scientists are saying that these things are due to an unsafe amount of the hormone estrogen in our water” (Dery “Estrogen”). These trends suggest that humans are very likely being affected by even trace amounts of birth control in the water and food supply, and indeed, estrogen has been linked to lowered sperm counts and cancer in males well as increased infertility (“Scientists,” Oas, Hagerman).

Estrogen contamination has not been limited to the United States but has also been detected in Africa.  Dr. Philip C. Njemanze has noted these problems affect Africa’s food supplies as well as water, citing studies in Gauteng South Africa: “The researchers discovered many strange, inter-sex fish, which had both male and female reproductive tissue. Any change in the gender ratio or abnormality in reproductive tissue can adversely affect a population of fish, potentially reducing it with each generation. It also threatens the entire food chain of the aquatic eco-system” (Njemanze). Africa, already hard hit by food shortages, does not need estrogen contamination to further jeopardize food sources.

Rather than focusing their work in African countries on pressing needs such as helping build wells and setting up water- cleaning technology, Melinda Gates is supplying contraceptives which serve to pollute water supplies and endanger already limited food supplies. Obianuju Ekeocha, who wrote an open letter to Melinda Gates, has suggested that the Gates Foundation could support NonGovernmental Organizations or NGOs with a specifically women-focused mission, such as protecting women from sex-trafficking, prostitution, forced marriage, molestation, and domestic violence. Ekeocha observed: “Many of these NGOs do not have much success because they are not well-funded. Though most of them have good intentions, they lack professional input from those such as psychologists, logisticians or medical personnel needed to tackle various problems (Ekeocha). Genuine concern for women recognizes their need for committed family relationships. 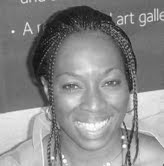 The Melinda Gates Foundation wants African women to abandon their African histories, knowledge and resources to promote reproductive rights.  African women have passed along knowledge about female fertility, for instance, more in keeping with what is termed natural family planning than contraceptives (“Unleashed”).  Therefore, it is a question whether Africans really want contraceptives over more crucial assistance or are they accepting the contraceptive agenda in return for gaining water and food aid. Colonialism is the practice of domination, which involves the subjugation of one people to another, and Africa is no stranger to such interference.

Mostly, Africans reject the patronizing outlook of philanthropists who claim to know better how they should regulate their lives than they do, drawing on generations of family and tribal customs as well as extensive faith traditions. John Cardinal Njue, Chairman of the Kenya Episcopal Conference of Bishops in a letter titled Let us Uphold Human Dignity, wrote:  “We cannot allow our country to be part of an international agenda, driven by foreign funds and by so doing, losing our independence and our African values of the family and society”(Peter Balinski, “Kenya”).

Melinda Gates has no right to hold Africans hostage to Western liberal values or to any other values than their own. Imposing a contraceptive program as a solution to women’s poverty in Africa—one that gets “sold” as charity by the attractive Melinda Gates, and backed by pretty phrases like “reproductive rights” —is very controversial.

Hagerman, Eric. “Something in the Water Is Feminizing Male Fish. Are We Next?” PopSci. 30 Nov. 2009. http://www.popsci.com/science/article/2009-11/what-feminizing-so-many-male-fish-our-rivers

Kidd, Karen, et. al. “Collapse of a Fish Population After Exposure to a Synthetic Estrogen.” Proceedings of the National Academy of Sciences of the United States of America. 29 March 2007. http://www.pnas.org/content/104/21/8897.abstract